THE LEADING SOURCE FOR HOT TUBS AND POOLS IN NORTH CAROLINA 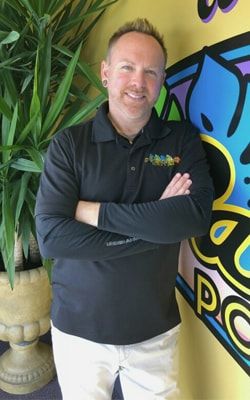 Ray has been in the pool and spa industry since 1996. He started his career in the industry with an installation company of pools, spas, and billiards. He quickly stood out from the other installers and was made a crew chief.

By 1998 he had attained enough product knowledge that a manufacturer of spas welcomed him to their company. After being factory-trained by their core engineers, Ray began his work as a service technician.

Through his savvy skills he became an established part of their team, and by the year 2000, was offered the position of service manager. He would prove himself time and time again to be a leader in his field, with his store ranking highest out of forty, in customer satisfaction. Are you looking for Ray from Rec Warehouse and Leisure Bay Spas because of the great service you remember? You’ve found him.

In 2001 his skills were harnessed and recommended for an added position in their organization, becoming a field trainer. Being in direct communication with the manufacturers for the product, as well as training service technicians company-wide, Ray fine-tuned his skills in the spa industry.

Now, with over 18 years of experience, Ray Kopp offers you his best and is proud to bring you Paradise Pools and Spas. 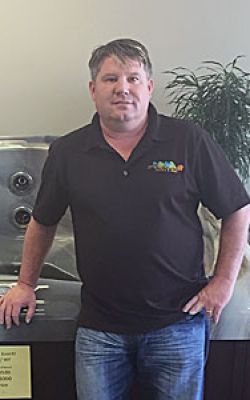 Wayne has been providing excellent customer service for 15 years within the pool and spa industry. He has managed multiple stores including Raleigh, North Carolina, Daytona Beach, Florida, and 3 stores in Atlanta. He has managed some of the largest pool and spa stores to date, with one annual revenue totaling over $5.5 million.

In 2004 his experience and hard work would be recognized in Daytona Beach and achieving “Store of the Year” by increasing the sales from $1.2 million to $3.8 million. He has managed and trained a sales team of over 25 people while running a store in Atlanta. In sales, he ranked top five salespeople company-wide, traveling from store to store helping with current sales trends and promotions until becoming a store manager.

He has now partnered with Ray Kopp to bring to you Paradise Pools and Spas. He looks forward to helping lots of new customers become a well-informed pool and spa owners and propelling them into the leisure lifestyle.